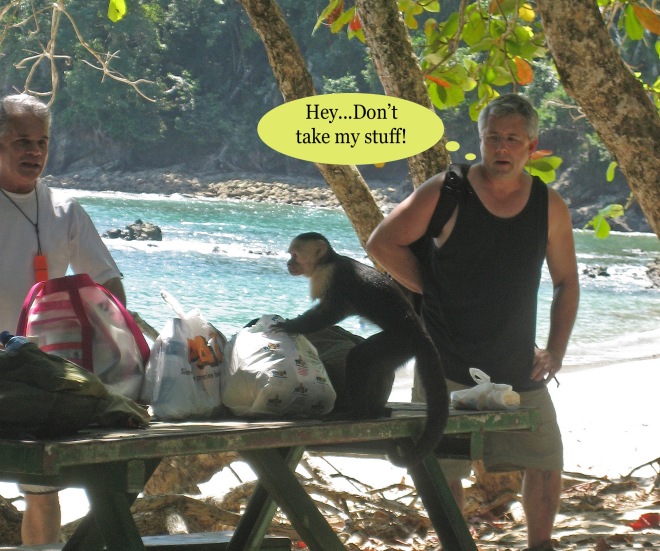 It’s holiday season and Christmas is almost upon us.  It really doesn’t matter where you live in the world…crime accelerates during this time of year, which is unfortunate. It’s not a good thing any time of the year, that’s for sure, especially if you’re a victim.  In Costa Rica, petty theft is even more of a problem than usual.  Not only are tourists targeted, but long time residents and Costa Ricans, too.  I have been told not to put my purse on the floor or hang it on the back of my chair in a restaurant.  It should be on my lap or right in front of me on the table.  When in the grocery store, never put your bag in the shopping cart.  If you look away for even a second, most likely your bag will not be there when you turn around with whatever you were taking off the shelf. It’s important here not to leave anything in your car, not even an empty bag. Of course, I would follow these suggestions if I lived in a big city, but when you live in a remote area like we do here, it’s easy to forget.  Even though we live in paradise, crime is still prevalent.  So, it’s important to be vigilant!

Just the other day, a friend of ours mentioned that he was robbed in the parking lot of a grocery store where we frequent often.  He left his backpack unattended in his vehicle for just a few seconds.  Fortunately, he had all of his money in his pocket.  Even so, he had to cancel credit cards, etc…a huge inconvenience.  Another friend was in the bank and since the lines were really long decided to leave.  She was in the bank for about five minutes.  When she returned to her car, there was a cargo taxi right next to it.  The driver was on his cell phone.  Our friend noticed that another man near the ATM was also on his cell phone.  She made a big deal about getting settled into her car, really taking her time about it.  When the taxi driver realized she wasn’t going back into the bank, he left.  And, so did the man near the ATM who was on his cell.  She was sure that she was a target because she had some furniture in the back of her SUV.  If she had stayed in the bank any longer, she may have been a victim.

On a happier note, last Sunday Roca Verde (a restaurant in Dominical) hosted the 17th annual Arts, Crafts and Garage Sale.  The sale is always in December for holiday shopping.   Eddie and I attended and it was a lot of fun!   There were many artisans present as well as people trying to sell off their unneeded stuff.  I bought a beautiful table runner from the Borucans – Artesanos Naturales.  It will look fabulous in our new home, which if all goes well, will be completed the fall of 2015. 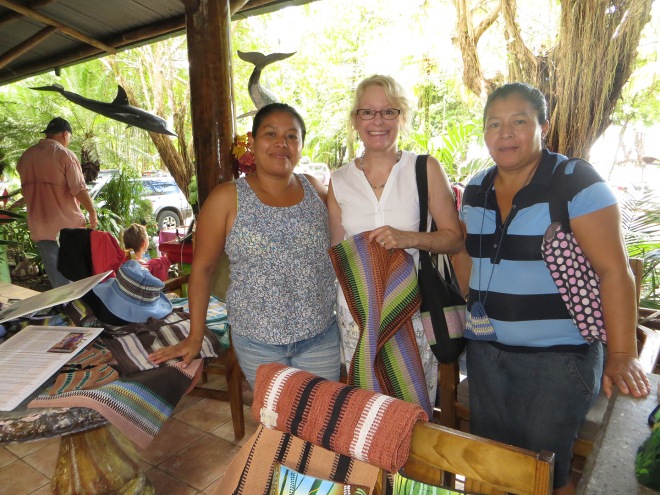 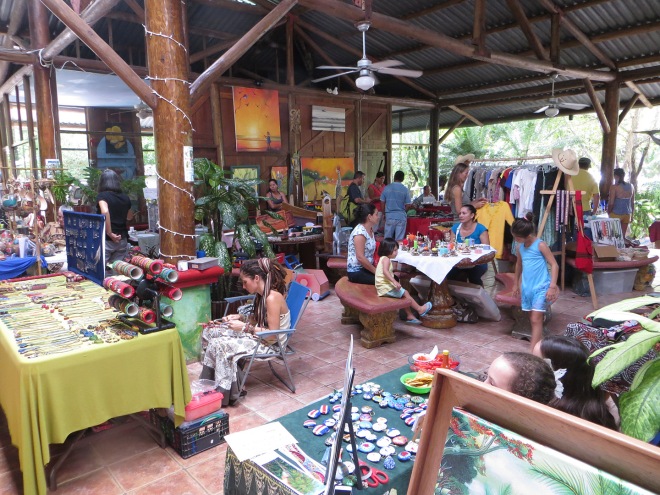 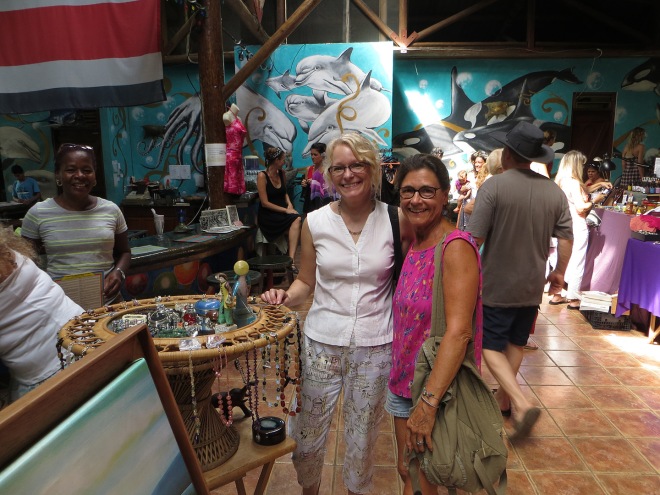 Ellen and Dale having fun shopping

One thought on “‘Tis the Season…to be Careful!” 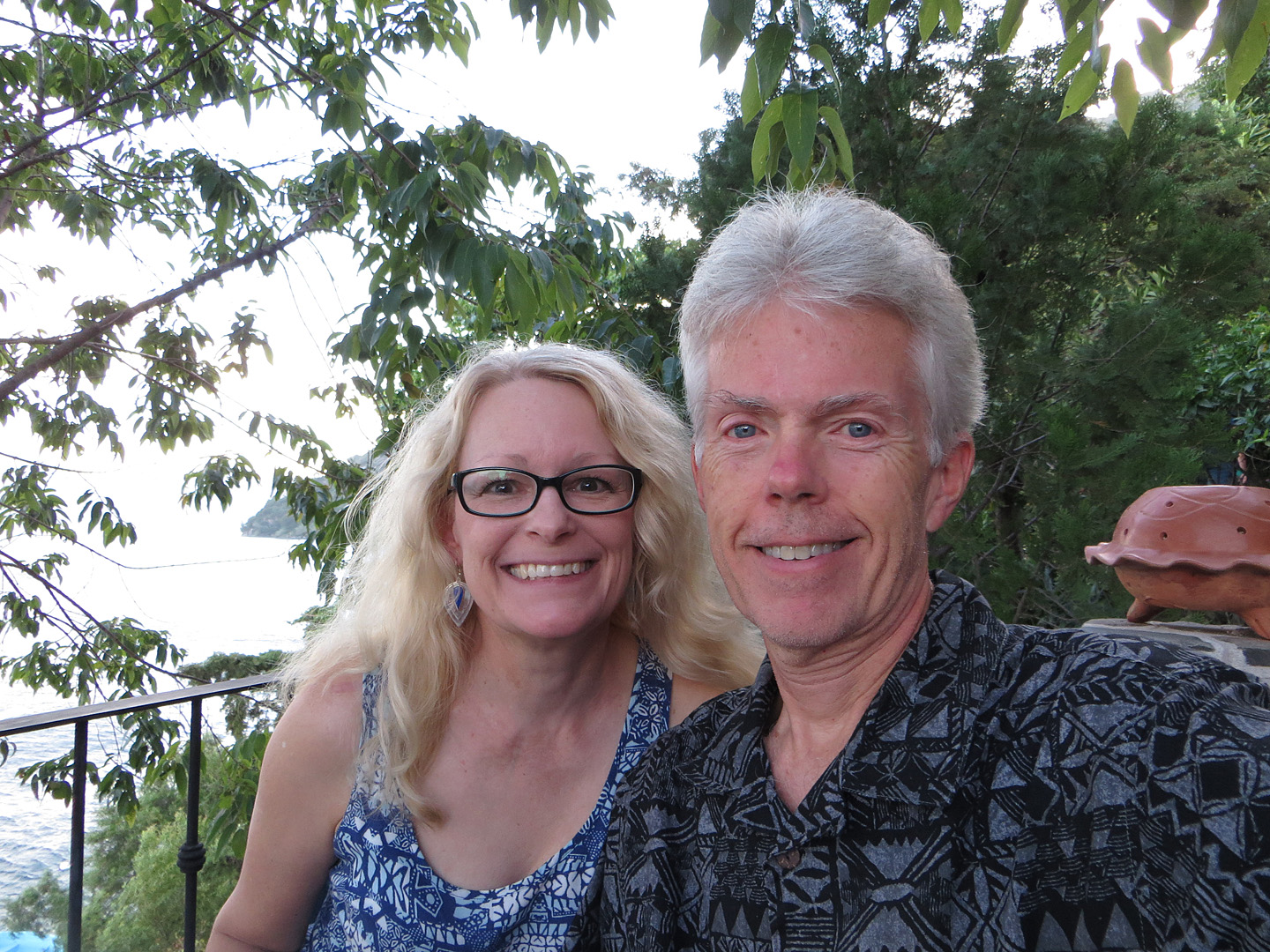