It’s been a while since we’ve posted something new because we were much busier than we anticipated during our trip back to Chapel Hill, NC.  Now that we’re back in Costa Rica, we plan to pick up the pace.  Our trip (four weeks for Eddie and six for me) was fantastic!  There was so much to do…the usual bookkeeping, sorting through mail, seeing family, visiting with friends, helping around the house and of course a lot of shopping.  Wow! 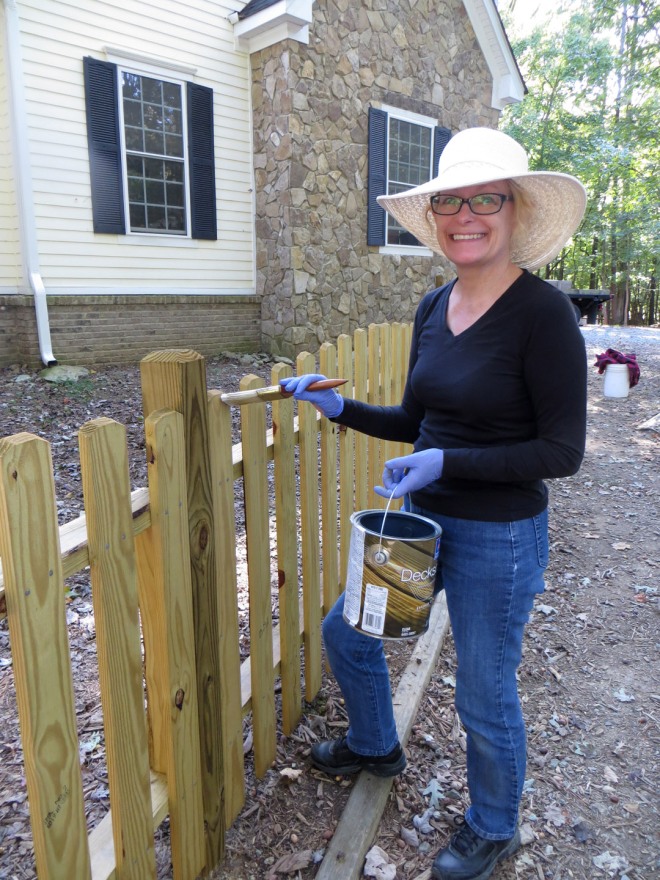 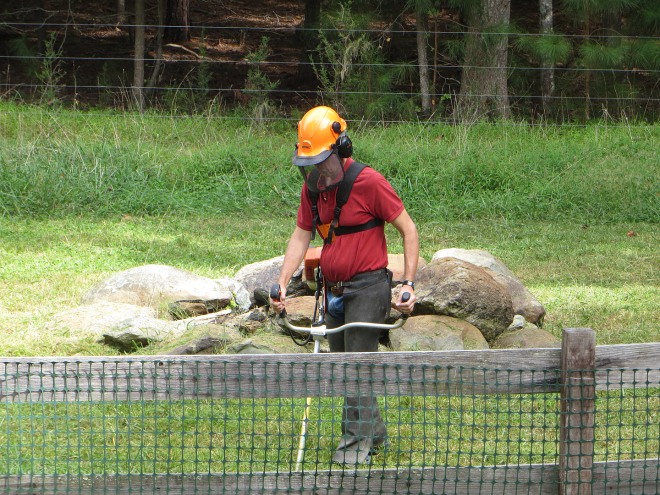 Eddie chopping the grass in the pasture 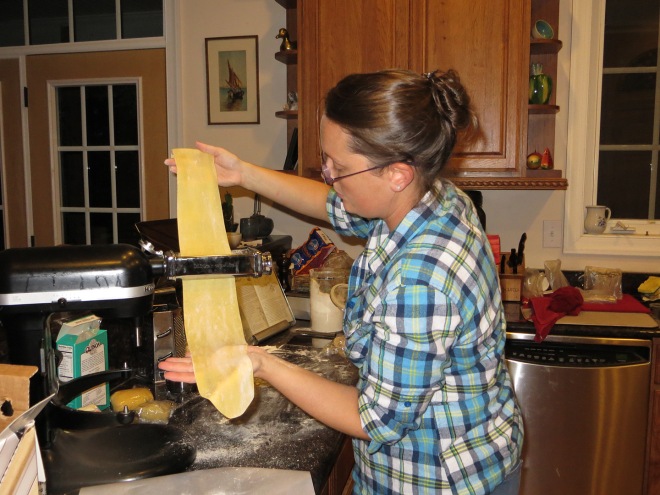 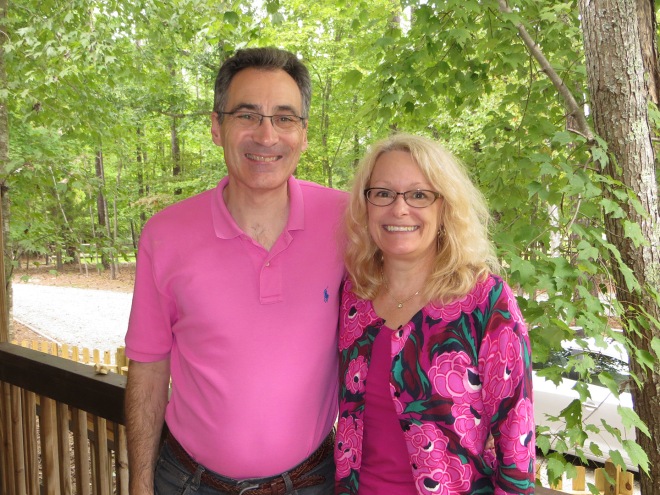 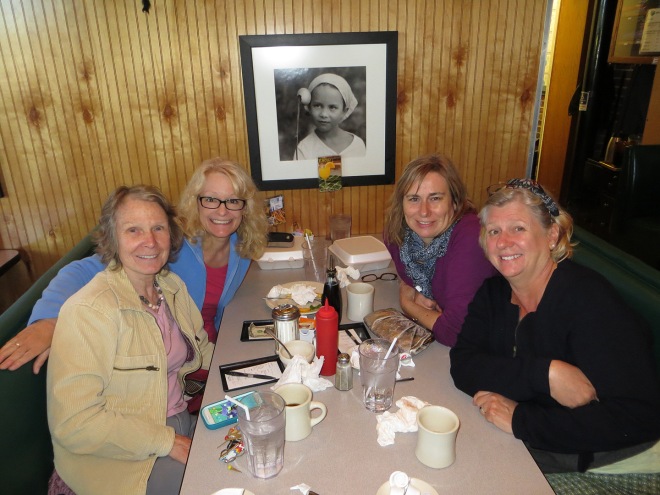 Brunch with my friends who were former neighbors in Chapel Hill

We even managed to squeeze in a couple days in the Outer Banks (Nags Head).  Mark rented a house for a week and we joined them there for some fishing.  Since I’m not patient enough to fish, I went shopping instead!  Nags Head is a cute town and I managed to find a quaint shop that only sells local craft goods.  I bought some sea glass jewelry for Jane and me. 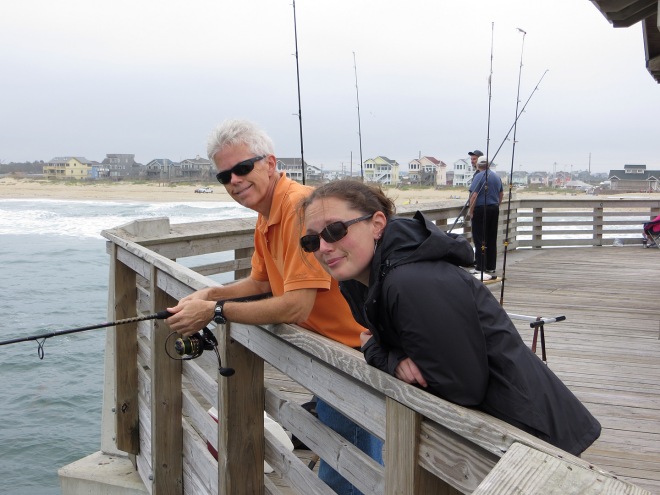 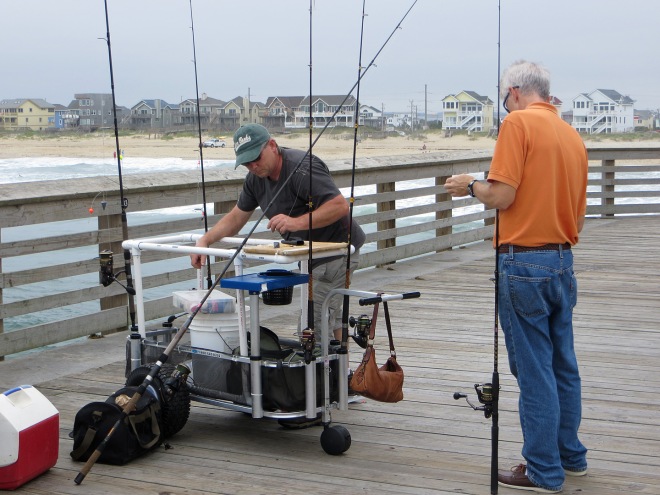 Also, Jane and I hosted a home party to help my friend Susie sell some of the Borucan things that she had in the U.S.  She wanted to bring her inventory back to Costa Rica, but there was too much of it!  The party was fun and quite a few pieces were sold, but there was still too much.  For those who couldn’t attend the party, we arranged a different time to shop.  I put the duffel of Borucan things in the trunk of my car and took them with me wherever I went.  It was a huge success!  I sold around 75% of Susie’s inventory.  A big thank you to all of my family and friends who bought some things!!!  Susie was thrilled with the results.  I think I should have gone into “sales!”  To learn more about the Borucan’s, here is a link to the web site that Susie created for Artesanos Naturales:  www.borucacostarica.org 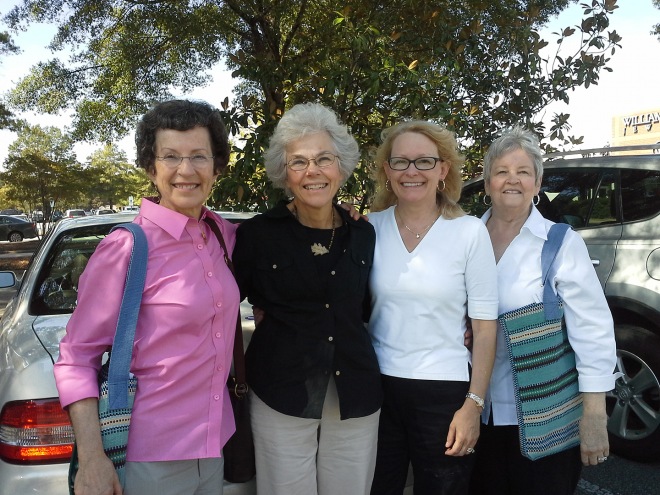 After lunch, Judy, Ann & Jeanette had fun shopping from the trunk of my car

After Eddie returned to Costa Rica, I drove to PA for a visit with my grandmother.  We had a great time together as always!   I was also able to see both of my brothers, sister-in-law and nephews. 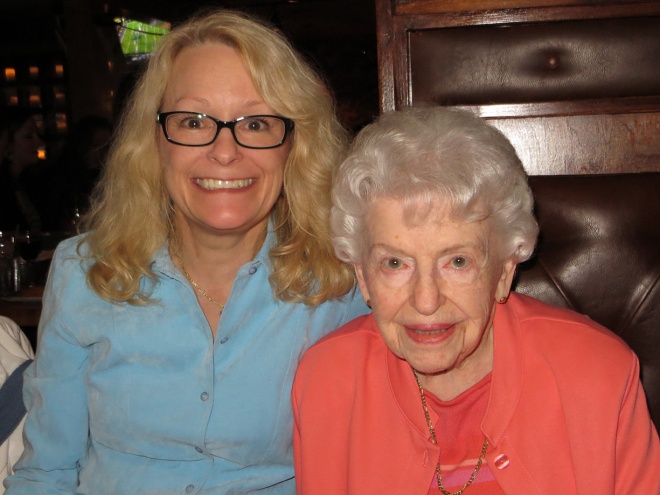 Gammy & I…she is doing really well for age 97.  Hope I have her genes! 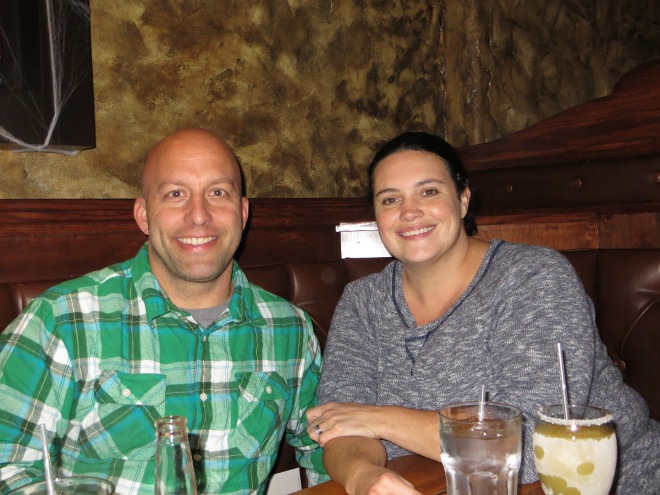 My younger brother Jim and his wife Amy. 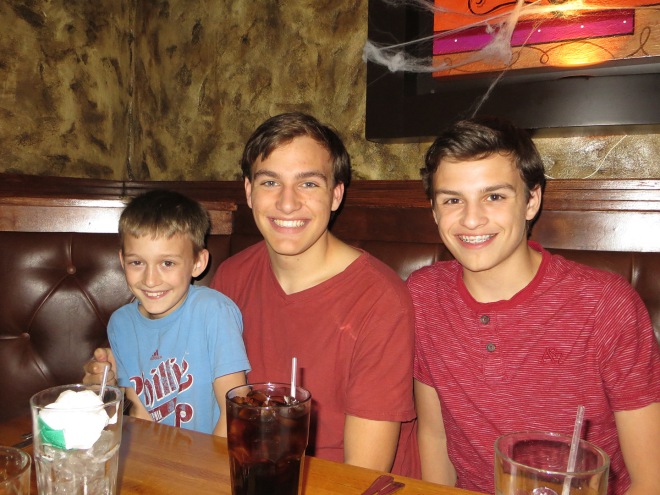 …and their three boys: Max, Jake and Ben 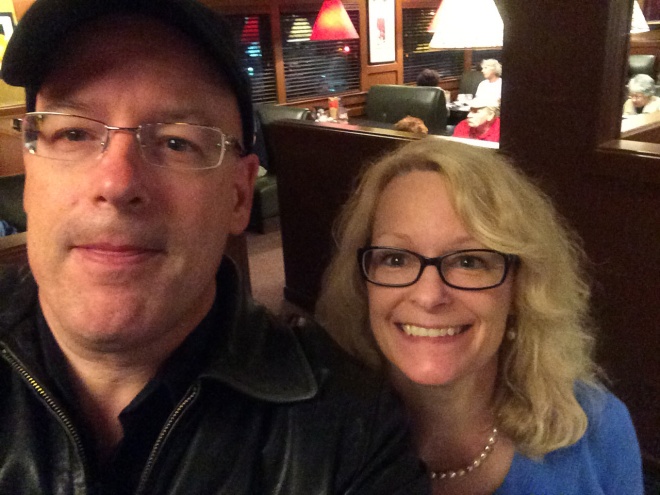 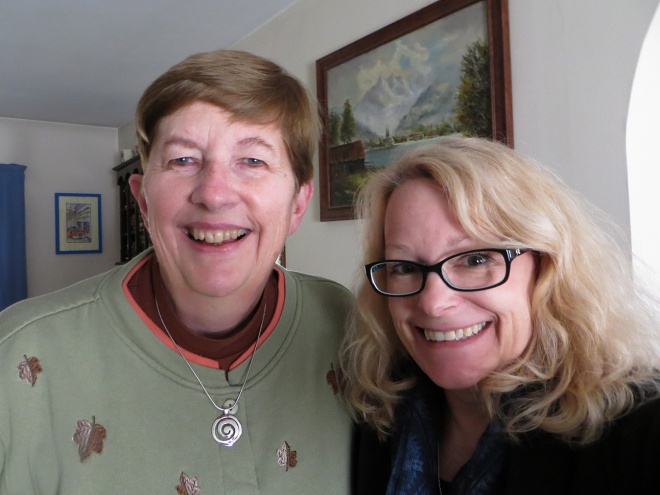 My friend JoAnne whom I had not seen in 24 years

While we were gone, several people commented to us that they hoped Lopez’s dogs would still be there when we returned to our rental house.  One of the first things Eddie mentioned to me after he returned was that the dogs were still there!  And, they looked really good. 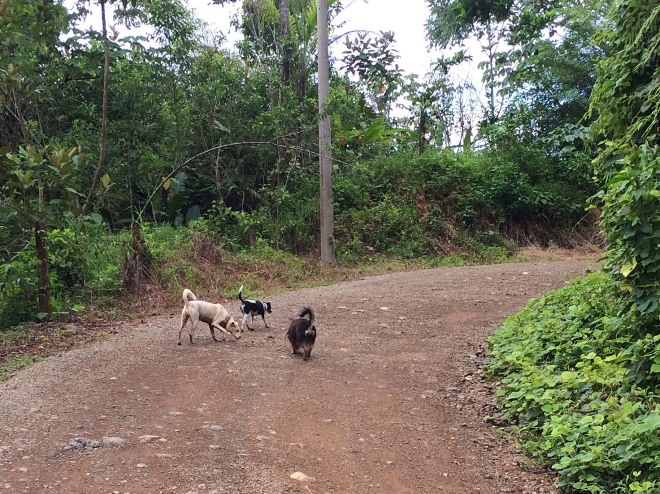 Out for the morning hike up the hill

Now for the sad news…the day before I returned, Lopez’s oldest dog Lucas was run over by a car.  Lopez didn’t share all the details, but it sounded pretty bad.  He received a phone call that his dog had been killed.  It was only a few days earlier that Eddie had put a dog tag with Lopez’s phone number on Lucas’ collar. 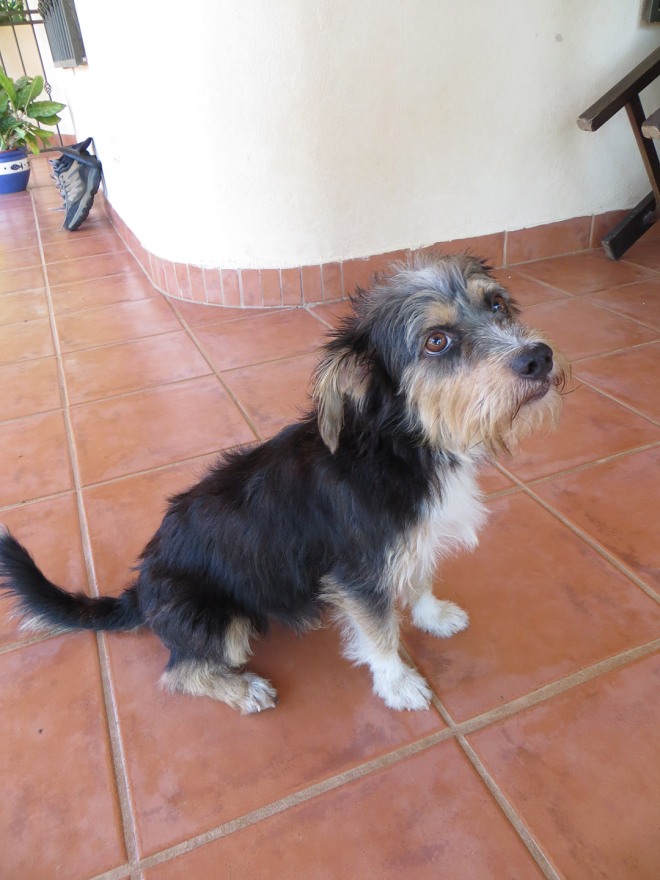 Lucas – rest in peace my friend. He was about 6 years old.