Costa Rica has an abundance of exotic fruits…many that we had never seen before.  We see them at the farmer’s markets, road-side stands, in the grocery stores and even in people’s yards. We have a few interesting fruits in the yard around our casita, too.  Eddie is much braver than I at tasting them, so I always have him “taste test” first!  If he says that it tastes good and he doesn’t show any signs of poisoning, then I have a little nibble.  He usually likes everything that he tries, but not me.  It seems like a lot of the fruit is fibrous and slimy.  I guess I have some texture issues.  Anyway, we thought it would be fun to take some photos of a few of the fruits we have tried and share!

Apple guava is very sweet.  It has many tiny seeds, which give a little crunch to it.  It’s impossible to pick them out.  Guava is most commonly used for jams, jellies, marmalade and fruit drinks (called aguas frescas in Costa Rica).

Atemoya fruit is very juicy.  It’s a little sweet and tart at the same time.  We decided that it tastes similar to a piña colada.  We have an atemoya tree near our casita.  Eddie planted one of the seeds and the sampling is about a foot tall now. 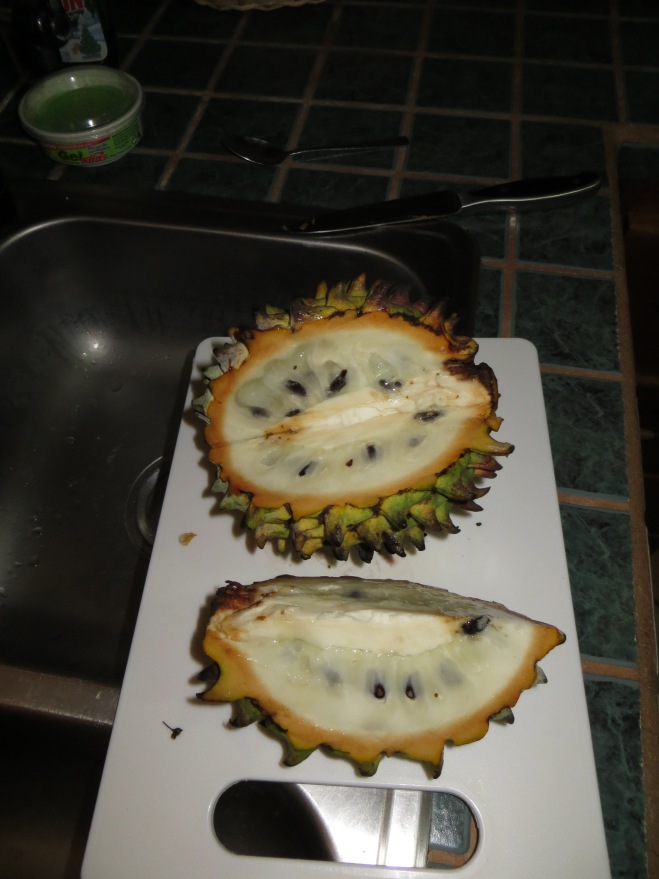 Rambutan (called Mamón Chino in Costa Rica) looks and feels rather like a koosh-ball.  There is a large seed in the middle with a gummy, grape-like pulp around it and it tastes similar to a grape, too.  They are in abundance in Costa Rica between July and October. 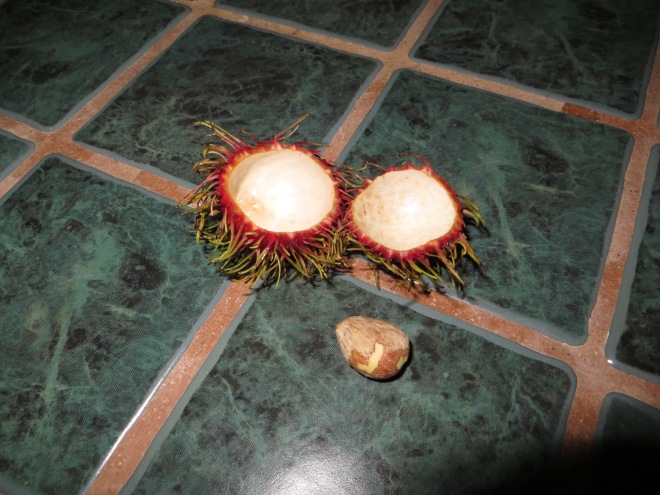 Cacao or cocoa is of course used to make chocolate, but there is another part of the fruit that we didn’t know about.  A friend gave us one of the fruits (cacao pod) from a tree in her yard.  The inside is filled with seeds the size of almonds and a white slimy pulp which you can eat.  You suck the pulp off of the seed like a hard candy.  The pulp tastes sweet and lemony like a lemon meringue pie.  Once the pulp is removed from the seed, then it’s roasted and can be ground into cacao powder.

Eddie is in the process of drying out the seeds in the sun.  He plans to roast them and then grind them into Cacoa nibs to put in his fruit smoothies that we have for breakfast every morning.

This last fruit tastes somewhat sweet like a fruit, but has the consistency similar to squash.  We haven’t figured out the name of it yet.  Any ideas?  Please post a comment if you know what it is!  Thanks so much…hope you enjoyed this post. 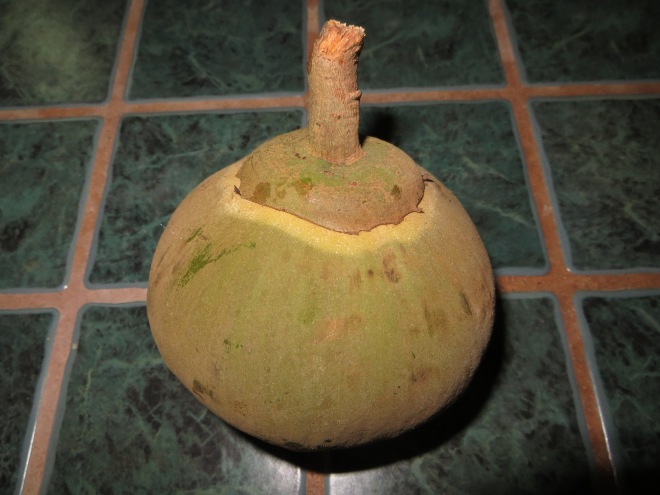 4 thoughts on “What’s in Your Grocery Store?”