When our landlord visited a couple of weeks ago, he arranged for Lopez, our caretaker, to have three large trees taken down so that the property would have a better view of the ocean.  Very nice of him!  Due to rain, the tree guy had to come on two separate days…yesterday was the second day.   On both days, Eddie and I watched him for several hours!  We didn’t even realize how long we were watching him because this man was so absolutely amazing.  Words really can’t describe how he shimmied up those very tall trees barefoot and then started chopping branches with his machete.  It was incredible! 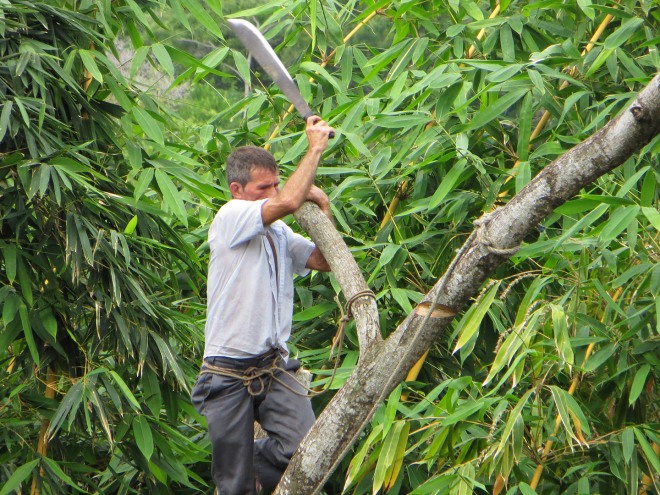 Chopping a limb with his machete

Here a limb is dropping and gets lowered by a rope

Plotting his next move

The trees were probably 75 feet tall!  The tree guy showed no hesitation or fear…he just climbed up those trees like a monkey.  As if he was on firm ground, he took several cigarette breaks and answered his cell phone.  He had a flimsy rope tied around his waist a few times, but not the entire time that we were watching him.  At one point, I asked Eddie if he thought the tree climber had ever fallen from a tree that tall.  Eddie replied that he had never fallen from a tree that high or he would be dead.  Later in the day, we found out the tree climber was 61 years old!  And, his fee for all three trees was only $100.00.

Here is a video of the Tree Climber.

Now, we have a much better view of the ocean and it’s fabulous! 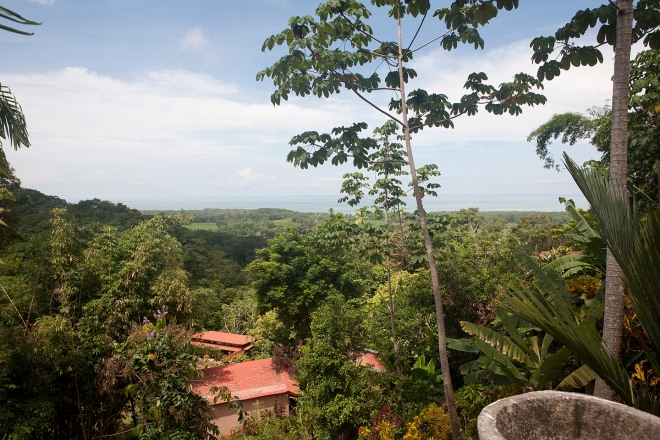 The view after the few trees have been removed

On Saturday after watching the tree guy for several hours, we decided to take a walk on the beach.  This weekend there were high surf warnings and we wanted to see just how big those waves were going to be.  So, we drove to the beach in Dominical.  That beach is a favorite with the surfers and we usually see many of them surfing the waves.  They are fun to watch, too!  Today, however, there weren’t any surfers…just a surf class that was staying very close to shore.  Even the professionals were respecting the high surf warnings.  This beach and others on the Pacific Coast are notorious for strong currents and riptides.  Each year, there are several drownings resulting from them as there aren’t life guards on most of the beaches.  It’s swim at your own risk. 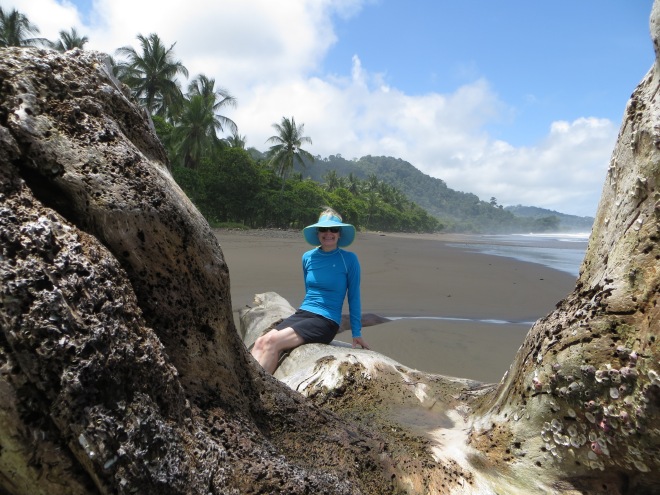 After our walk on the beach, we had lunch at San Clemente Bar and Restaurant in Dominical.  They have great chicken tacos and quesadillas there!  Enjoy the photos!!!

2 thoughts on “The Amazing Tree Climber”